Ad By Microsoft
Pay Less By Choosing Azure
Learn how to have a seamless migration and avoid business disruptions with our on-demand webinar.
“David often tells young people, Americans don’t want to fight. But if someone picks a fight for us, we’ll win. We fight for love of our country,” the president said.

Bellavia was recognized for the heroism he showed during the second battle of Fallujah in 2004, according to the Army. His platoon had been tasked with clearing a block of 12 buildings where a half dozen insurgents were suspected of hiding. In one of the compounds, insurgents armed with machine guns ambushed Bellavia’s squad as it was trying to clear the house. Soldiers were wounded and trapped, and Bellavia took it upon himself to act. Risking his life, he single handedly cleared the house, killing the insurgents in the house and saving his entire squad.

U.S. President Trump presents Medal of Honor to David Bellavia at the White House in Washington
Medal of Honor recipient David G. Bellavia listens as President Trump acknowledges Bellavia during a ceremony in the East Room of the White House in Washington on June 25, 2019.
REUTERS
Throughout the Iraq War, Bellavia also took part in battles in Najaf, Mosul, Baqubah and Muqdadiyah. After leaving the Army in 2005, he co-founded Vets for Freedom, an advocacy group for veterans who served in the wars in the Middle East.

His previous awards and decorations include the Silver Star, Bronze Star, Army Commendation Medal and many more honors. 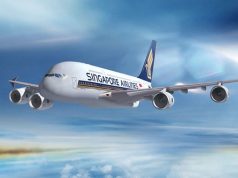